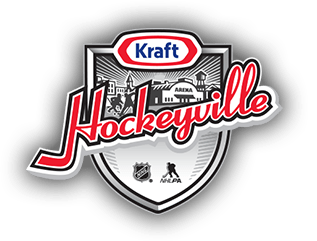 We asked two restaurant brands, Firkin Pubs and Wing’n It Restaurants, to share their experiences running the Foodservice extension of Kraft Hockeyville, the Big Game Giveaway (Smitty’s and Jungle Jim’s also participated).
Both report an increase in traffic—including repeat traffic from guests returning because of the promotional menu. “The campaign brought in a lot of regular customers more often,” says Dave Godfrey, Director of Culinary with Firkin, which boasts 28 units in North America. “They went straight for the items on the Kraft Hockeyville menu.” Wing’n It, with 16 stores across Canada, also reports huge success. “I was a little surprised how well the menu was received,” says David Deane, President. “It did great for us. I’d do it again in a heartbeat.”

KRAFT Hockeyville on the Menu

Kraft Hockeyville is an annual restaurant promotion that parallels the retail contest. In the retail contest—sponsored by Kraft Heinz, the National Hockey League and the NHL Players’ Association—consumers vote for a chance to help their communites to win big money for hockey arena improvements as well as the opportunity to host an NHL preseason game in their rink. In the restaurant promotion, operators run a Kraft Hockeyville menu—limited-time offerings (LTOs) that feature Kraft Heinz products. When guests order from that special menu, they’re entered for a chance to win tickets to a Stanley Cup finals game. “It’s a fantastic way to deepen ties with the community—everyone here loves hockey so the menu creates a lot of excitement,” says Deane. Celebrating community and Canada’s love of the game makes for a winning combination. “We were happy to have our brand connected to Kraft Hockeyville,” says Godfrey “We jumped at the opportunity.”

It was our most successful LTO menu ever.—Dave Godfrey, Firkin Pubs

get in on the game